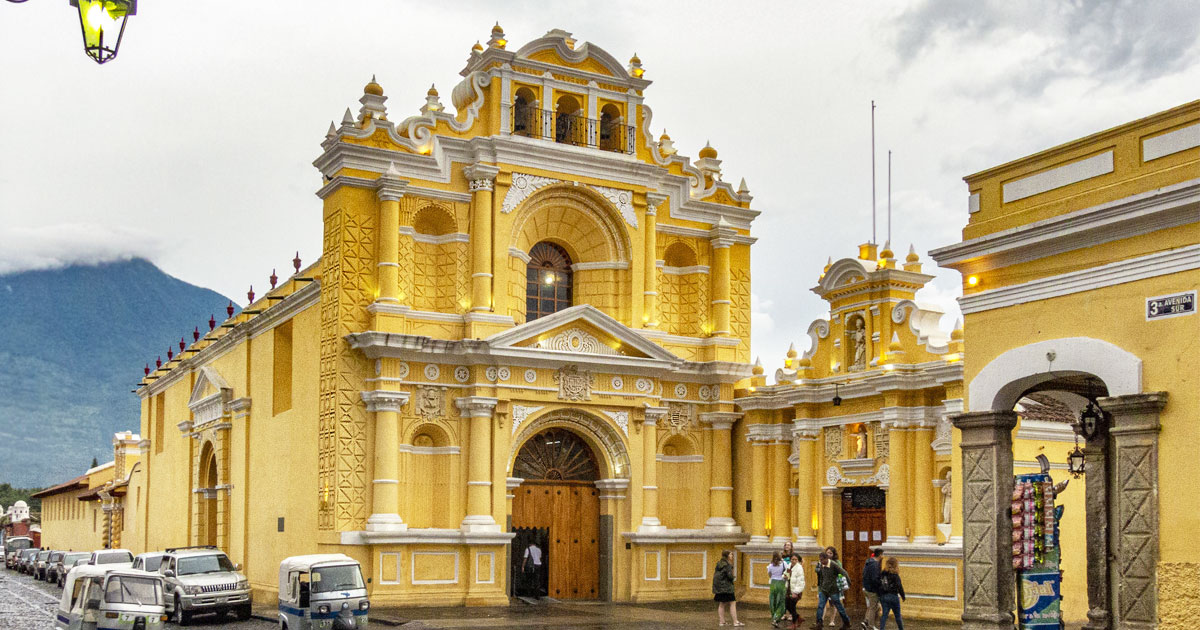 Very special works at an outstanding project in Antigua!

The Obras Sociales del Santo Hermano Pedro, founded by Fray Guillermo Bonilla in 1979, is a household name in Antigua. Fray Guillermo was inspired to follow Pedro de San Jose de Betancourt’s works (1643-1667) when he was attending the Seminary. While walking by the San Francisco Church – with its 15-foot walls – the night Hermano Pedro’s tomb was opened in secrecy by our friend, Fray Augusto Monasterio, as a requirement for canonization, many experienced a special moment. The seminarists, including friend, Ignacio Ochoa, share memories: “I was there present that day when the door of his tomb got opened. The odour of sanctity, scent of lilies and roses emanates and the whole Saint Francis Church was filled with that scent. It’s here in my house, every time I remember it.”

The hospitals in the old capital of Guatemala, then known as Santiago de Guatemala, were under the auspices of the monks of San Juan de Dios in 1636. Bishop Bartolomé Martínez authorized the construction of San Pedro Hospital at the request of Fray Payo Enríquez de Rivera and it was designated for the medical care of religious orders. Plans were drawn up and works began by Juan Pascual after 1653. With his death, work continued in 1654 by one of Guatemala’s finest architects, the free mulatto, Joseph de Porres, who also built the Cathedral. The cornerstone for the church was laid in 1662 and it served as an interim church for the Cathedral when it was rebuilt between 1669-80. Both the church and hospital were badly damaged by the earthquakes of 1717. Other fine architects worked on renovations including Diego de Medina (1721), Diego de Porres, (1730), and Juan de Dios Estrada (1739) and the hospital was later placed under the direction of San Juan de Dios. After the 1773 quakes it was the only hospital available for all of the citizens who remained in the ruined city – men, women and children. After this date, the name was transferred to San Pedro.

The brothers of San Juan de Dios maintained it until 1865 when the Capuchin nuns took charge and, in 1869, when the Sisters of Charity of the Congregation of St. Vincent of Paul took charge, they reroofed the hospital which had remained in disrepair for decades. In the 20th century, the Hospital housed the Public National Hospital of Antigua – Hospital Pedro de Betancour – until the 1976’s earthquake resulted in its complete evacuation when the 2nd quake hit. Thousands of those waiting for medical attention were immediately moved to the park in front and then to the Soccer Stadium. The hospital remained abandoned as the City Council made plans to create an Artisans’ Market there.

By the early 1980s, Fray Guillermo had a number of rented houses in Antigua where the Franciscans took care of the needy and disabled through local donations. In 1983, while working with the Consejo (CNPAG) and during a visit with local authorities, we suggested that he be awarded the old General Hospital which remained in ruins. The Municipality awarded them the church and hospital for 25 years and the Obras Sociales del Hermano Pedro opened with 12 beds on March 16th, 1983. It quickly became one of the most important hospitals in the area and has been a center for community participation. In 2008, the City extended the permit for another 25 year term.

More than 40 medical missions from various countries and organizations come throughout the year. Perhaps the best known is, Faith in Practice, initially inspired by Todd Collier and Joe and Vera Wiatt, who joined medical teams that have donated medical equipment for the more than 27 years.

The existing medical operating rooms were inaugurated in 1993 with remodeling in 2006. The Obras are currently expanding with three more operating rooms, a waste treatment plant and fiber optics installation to connect medical services throughout the hospital with a cost of US$821,000.

The miracles continue today as the most needy and vulnerable are attended. During 2021, as the pandemic hit Guatemala, the Obras attended 205,598 patients through its various facilities including more than 40,000 patients at the main hospital. Donations are always appreciated as 2022 will bring more requests from the most needy.