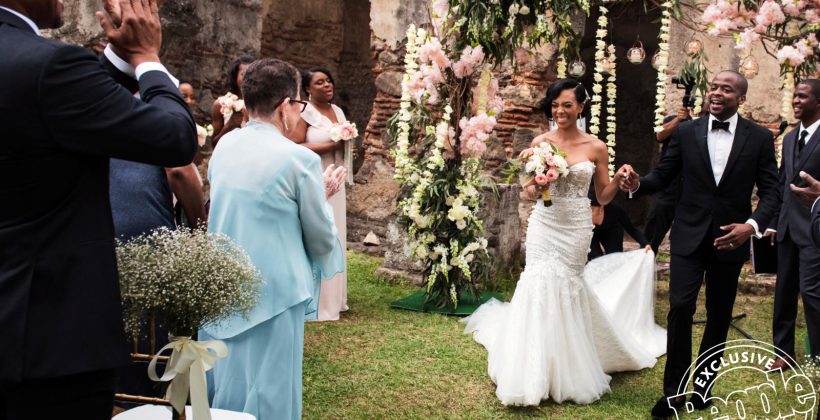 Actors Dulé Hill and Jazmyn Simon are officially married — and the couple says they couldn’t be happier about their union.

“I hit the jackpot in love,” Simon tells PEOPLE exclusively in this week’s issue, on stands Friday. “I’m looking forward to waking up every day to his smile. His smile can light up the whole world.”

On Saturday, the duo, who first met on the set of Ballers, said their “I Do’s” in the Garden of the Capuchinas in Antigua, Guatemala, in front of friends including West Wing actors Allison Janney and Richard Schiff and Psychcostar James Roday.

As for the destination location? There was a very charming reason for choosing it.

“I found out about the beautiful ruins in Antigua by fate,” says Simon, 33. “The Capuchinas was built in 1736 and suffered two massive earthquakes … but after 243 years, the building is still standing. I thought, what better physical representation of the love Dulé and I have for one another, that no matter how many storms come, how the world will shake, our love will stand the test of time. When I explained that to Dulé, he said, ‘Let’s do it.’”

Keep reading the rest of the article at: https://people.com/tv/inside-dule-hills-dream-wedding-jazmyn-simon/