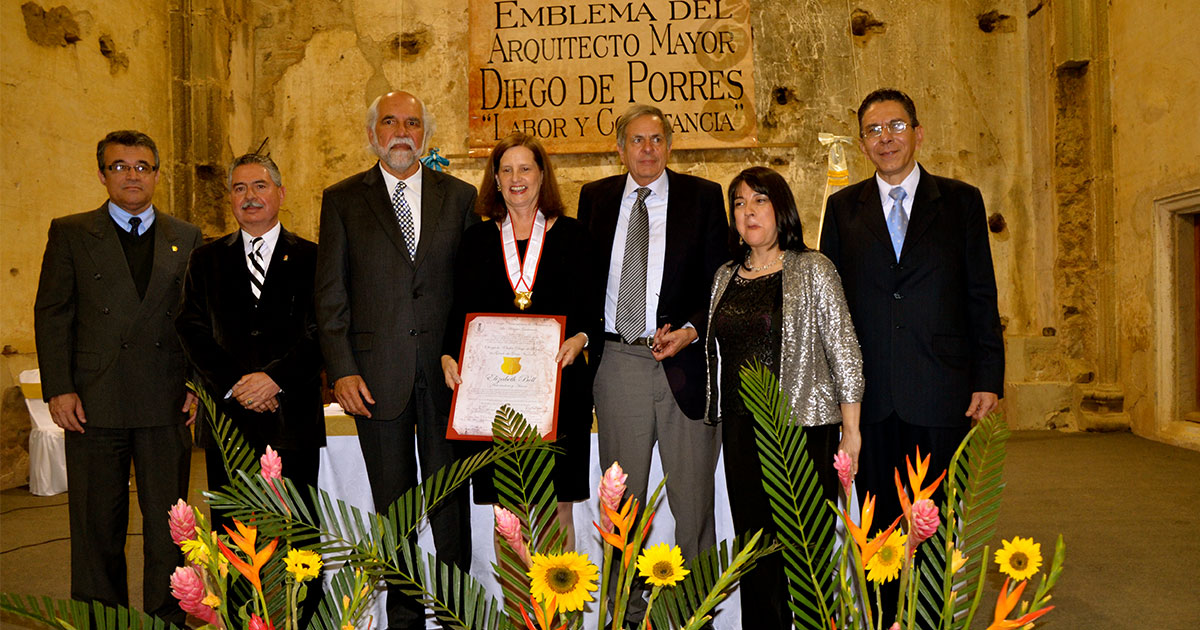 This month we celebrate the National Council for the Protection of La Antigua Guatemala 50th anniversary with a number of cultural activities. It was created by the Guatemalan Congress in 1969 as a governmental technical agency to enforce the Protective Law of La Antigua Guatemala (Decree 60-69). Written by distinguished Guatemalans who were concerned about the conservation of the city, its main purpose is to protect, restore and preserve all private and public cultural heritage established in the protected area. I have fond memories of working there between 1978 -86 and have always supported their efforts. We also give thanks to thousands of workers and friends who have contributed to preserving this remarkable city for over a half a century.

Created in 1974, the “Diego de Porres” Gold Award is the highest honor in the conservation of Antigua Guatemala. It is given to those whose extraordinary merits and activities have benefitted the protection, preservation and research of Antigua Guatemala. It is named after the Main Architect of the City, Diego de Porres (1677-1741). The award has three categories: bronze, silver and gold, and consists of a beautiful shell (St. James’s symbol) and diploma. We congratulate Fundación Panchoy for receiving the award this year!!!

I received the Gold “Diego de Porres” Award in 2011 for my “untiring work during 42 years in allowing people to know La Antigua Guatemala through her multiple books and lectures and constant activities in the preservation of the city and its cultural heritage”. It certainly remains a highlight in the 50 years I have lived in Antigua!

Sorry, no posts matched your criteria.