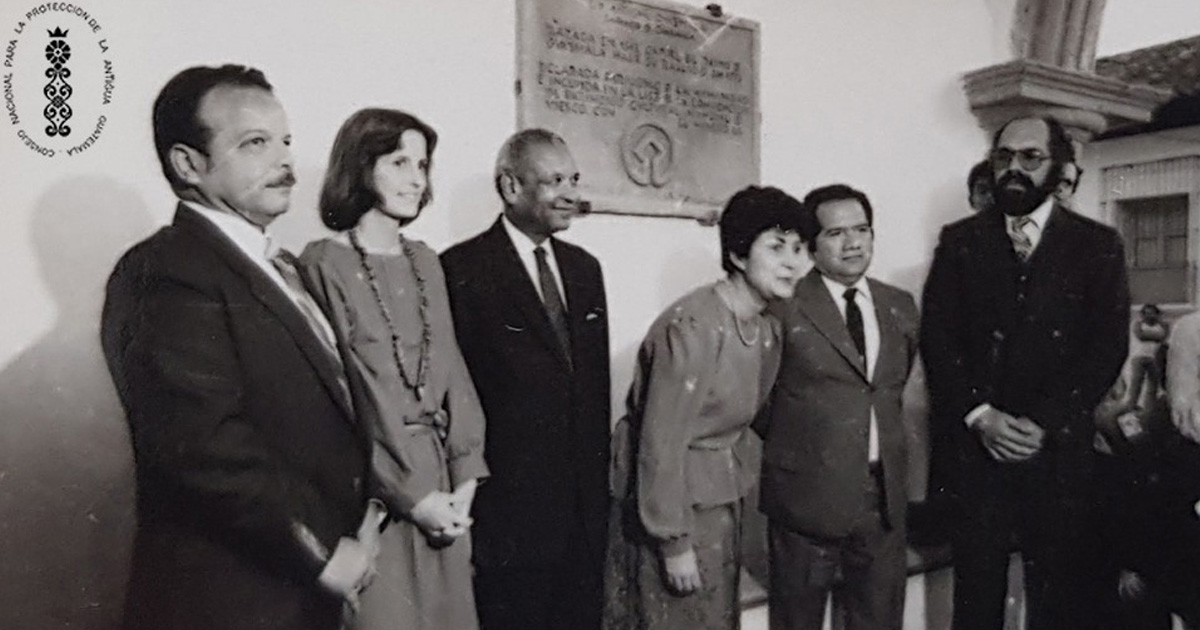 Antigua was included in the UNESCO World Heritage Site List during the 3rd Session of the World Heritage Committee at Luxor, Egypt held from October 22 – 26, 1979 as the 65th site. The city had been considered from the very beginning of the creation of the WHS Convention in Paris in 1977 and there are 1121 sites today! Every year, the Comisión Sociocultural de Conservación y Desarrollo holds a celebration with fabulous activities!

The document includes in the Conclusion:

“The unique nature of the city of Antigua Guatemala as a historical and artistic unity and as a complex of historic monuments, together with its artistic, cultural and religious influence in … Central America, give it exceptional universal value and make its complete conservation indispensable.

“It is a unique example in Latin America of a city which has preserved its basic plan and survived the transformation which the nineteenth and twentieth centuries have introduced in almost all other Latin American cities of the same period.

“It is also unique in that its principal monuments are preserved as ruins, which places them in a special architectural category…”

Antigua has previously been declared a national monument by the Guatemalan Government in 1944 and a Protective Law was passed by Congress in 1969. Being included in the World Heritage Site List in 1979 added great prestige and necessary expertise! Through the CNPAG, we had already worked for years on the city’s preservation. While UNESCO added no specific legislation, a UNESCO one time donation of $50,000 was granted for a number of necessary projects. More importantly, the city has worked hand-in-hand with UNESCO in preservation guidelines: first training local experts including myself and working on preservation awareness today.

The Director of UNESCO, Dr. Amadou Mahtar M’Bow , visited Antigua in 1985. I was honored to be Mistress of Ceremonies for the unveiling of the plaque on the façade of the City Hall Palace. In the photo, a representative of the Ministry of Education, myself, UNESCO Director, Minister of Education, Mayor Armando Coloma and Conservator José María Magaña enjoying the celebration!