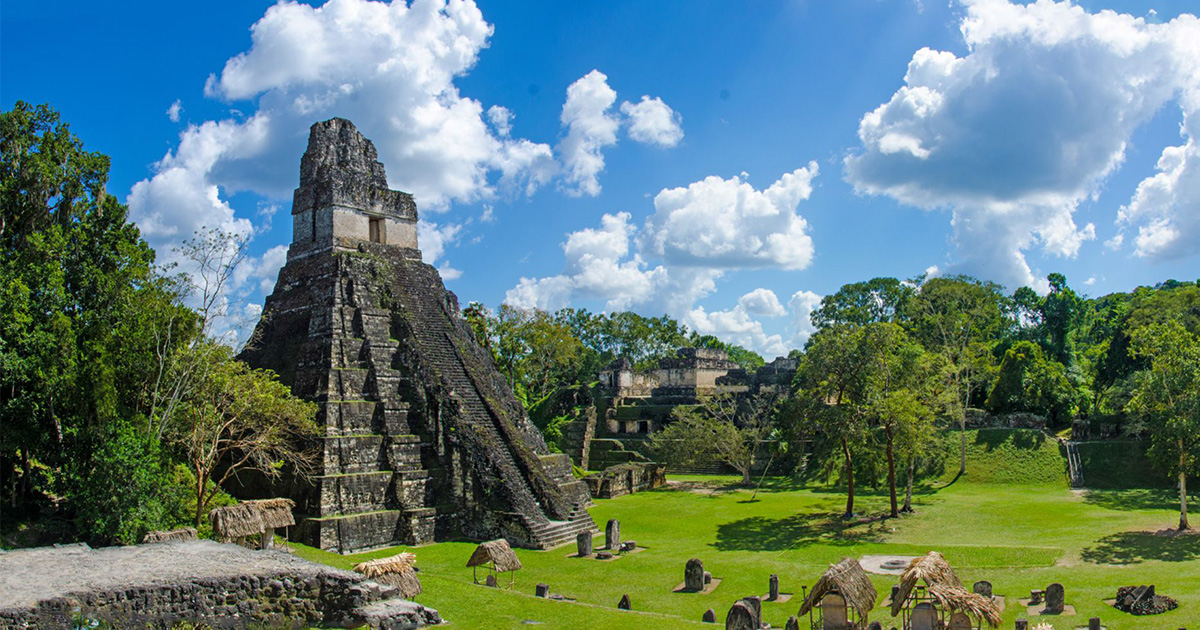 Tikal – an amazing place to visit in Guatemala!

Tikal – with Maya temples, plazas and ball courts that date back centuries – is absolutely breathtaking! The views above the rainforest canopy from the top of some of the tallest Maya temples in the region remain as one of the most incredible experiences of our travels. Add a walk through the jungle trails with monkeys, toucans and exotic animals that inhabit the Tikal National Park, it is one of my FAVORITE places in Guatemala.

Tikal shows traces of early agriculture as far back as 1000 B.C. and was at its heights between 200 – 900 A.C. when it dominated the region economically, politically, and militarily. Conquered by Teotihuacan in the Valley of Mexico, Tikal was eventually abandoned in the 10th century. Then forgotten until Ambrosio Tut, a gum-sapper, reported his discovery of the site in 1853, it was named Tikal. We now know that its original name was Yax Mutal.

The population of this remarkable ancient city varied from 10,000 to 120,000 inhabitants beginning as early as 2000 B.C. and peaking at 700 A.D. It was one of the largest urban centers covering more than 46 square miles! We are truly amazed at the achievements of the ancient May who had the most advanced calendar and society organization with a long list of rulers. Our old friend and long-time resident of Antigua, Edwin M. Shook, was field director of the Tikal Project with the University of Pennsylvania in the mid-1940s and influential in having Tikal declared a National Park. It was later included in the UNESCO World Heritage Site List in 1979.

For some film trivia: Tikal was the filming located for the fictional planetary moon of Yavin IV in the 1977 Star Wars film Episode IV: A New Hope!

This is a MUST for your trip to Guatemala!